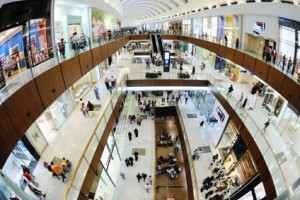 Frisco has been a favorite of new home buyers moving into the DFW area for quite some time, and now there is one more reason to consider a Frisco home – a new mall! The ground breaking is set to take place sometime later this year, or in early 2014. Of course, Frisco already has plenty to offer, considering its easy access to Dallas and the local attractions.

All indications are that the new 320-acre mall will be located near US Highway 380 and the Dallas North Tollway. Aptly named Frisco North, the project for the mixed-use mall was approved by the Frisco City Council and will feature not only retail stores and office space, but restaurants and entertainment venues as well. Quite exciting for our charming community!

Both residents and visitors will benefit by the new mall, a great addition to a city which was known as the fastest growing in the U.S. from 2000 to 2009. Additional shopping options and the creation of new jobs will only have a positive economic impact for the area.

Money Magazine includes Frisco in the list of the top 100 places to live, and it’s no wonder considering the elegant homes, employment opportunities and strong school system – not to mention the easy and convenient commute to Dallas, one of the hottest cities in the country.

Just a year ago, Frisco came in number one as the fastest growing city in America! This is super-exciting news for the area; in fact, Frisco Mayor Maher Maso stated in a CBS news report last year that “We have so many things going on at the same time you can’t take a breath.” Now THAT is a lot going on! Mayor Maso also mentioned that he remembered the year 1992, when he first moved to Frisco – the city didn’t even have a traffic light. Today, with a population of just over 124,000, it’s clear that Frisco is more than a bump in the road!

At Team Nelson, our mission is to help match home buyers with their perfect home. Come see us today!