Thinking about buying/selling? View our Listing Presentation that explains who we are, what we do, and how we do it. 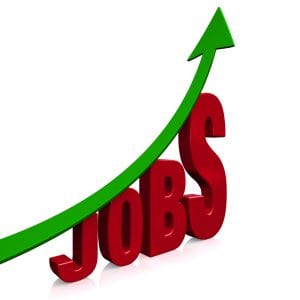 A recent report from Cushman & Wakefield, a commercial real estate services company, found that when it comes to job growth in major U.S. metropolitan areas, Dallas-Fort Worth tops the list for the time period 2009-2018.

During this time period DFW experienced a growth rate of 25.7% after more than 754,000 jobs were added in the region. The Federal Reserve Bank of Dallas also reported that in April of this year, the unemployment rate dropped to 3%, the lowest in 20 years.

Other metro cities that made the top 10 in Cushman & Wakefield’s report on job growth include San Francisco and New York City, Austin, Orlando and Riverside-San Bernardino in California. Houston and San Antonio were other Texas cities that ranked in what was classified as the “overachievers” category.

In coming to these results the firm analyzed both the number of jobs added in each region and the percentage change in job growth for the 2009-2018 period. The overall scores were computed by averaging these two figures, with Dallas having the best overall score, a 5.

A few of the things that have happened in the DFW recently include the relocation of McKesson’s headquarters to Las Colinas from San Francisco, the development of a Westlake corporate campus for approximately 6,000 employees of Charles Schwab, and the relocation of Aeromax Industries’ headquarters to Fort Worth from Los Angeles. Cushman & Wakefield said that DFW was among six metro areas they referred to as “all-star” due to jobs being added at a “breakneck pace.”

Over 130 new headquarters have made their way to the DFW area since 2010 including nonprofit organizations, Fortune 100 and Fortune 500 businesses.

Dallas-Fort Worth is the place to be for young professionals and entrepreneurs for many reasons, including the fast-growing availability of job opportunities, housing affordability and diverse culture. If you are in the market for a home or property in Plano, Frisco, Fort Worth, Flower Mound, or anywhere in the area, give Team Nelson a call today!